Free worldwide shipping on all orders over $50

🔥 Need some items before your holidays? — Save 25% on all products with the code “SUMMERSALE”

Until recently, the Hatsune Miku sex doll was next to impossible to get your hands on, and they were only available through the sex doll brothel Lumidolls. Last year, however, they became commercially available on Esdoll, much to the satisfaction of all worldwide Hatsune Miku fans.

Seeing that you have found your way to this article, I’m guessing you are already familiar with Hatsune Miku, the famous Vocaloid from Japan. But, for those of you unfamiliar with this international sensation, I will give a quick rundown of who she is, and why the Hatsune Miku sex doll has gathered so much attention.

Hatsune Miku is currently the biggest cyber celebrity in Japan. She already has over 2.5 million fans on Facebook. Not only that, but she has given hundreds of concerts to entire stadiums full of fans. She is a singing superstar who lives in sort of an alternative virtual reality. Hatsune Miku is brought to life in her concerts, by utilizing clever lighting design, special projectors and, most importantly, the imagination of her fans.

If you want to get an idea of how special a concert from Hatsune Miku truly is, then take a look at this YouTube video:

It’s amazing, isn’t it? It really feels like we’re living in the year 3000 when you look at her performances. She feels just as alive as any other musician (or hell, even more so than many live musicians I have seen).

It should not come as a surprise that the fans of Hatsune Miku go crazy for her. She is, after all, one of the most charismatic and also sexiest musicians out there, even if she does not exist in our physical reality. 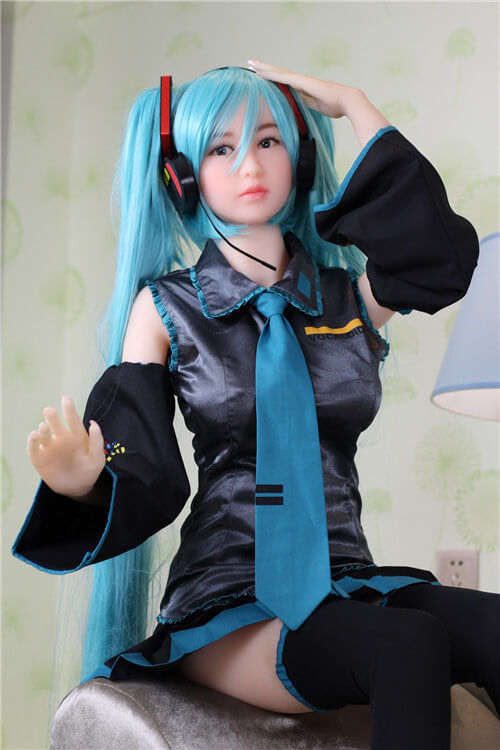 We all knew it was coming, didn’t we?

Her creators, the famous WM Dolls, gave the doll names like Sue and Suki (probably to avoid angering the company behind Hatsune Miku). But, let’s be real – this is no Sue or Suki, this is Hatsune Miku. The hair, the headphones, the body style – it’s all an exact replica of Miku herself. Well, maybe with the exception of her breasts: 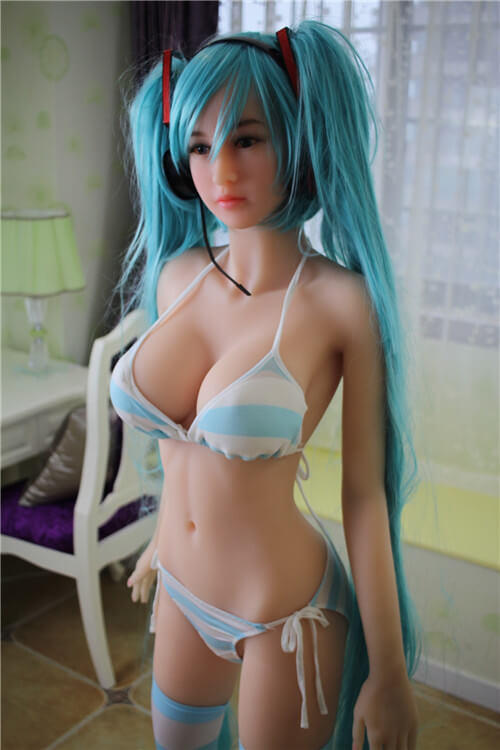 The folks over at WM Dolls took the courtesy of upgrading Hatsune Miku’s tits to a D-Cup. But, let’s be honest – I don’t think you will find anyone who is complaining about this change. I have seen many different anime sex dolls in my life, but she is, without a doubt, the sexiest one out there.

It goes without saying that the Miku sex doll is a sexy one. She has a body made from TPE or Thermoplastic Elastomer, which has some advantages over other materials such as silicone. For example, the skin feels more realistic, flexible and soft. This makes the doll move in a human-like way, and it works wonders when it comes to realism in dolls. The debate between TPE and silicone dolls is never-ending, so I won’t go into too much detail here. All you need to know is that this love doll feels very realistic and premium. I’m sure you will enjoy your very own Hatsune Miku ass bouncing back and forth nicely during sex.

Now, let’s move on from the breasts to something equally important. And, that is, of course, the face: (well, maybe it’s not as important, but it’s still worth mentioning): 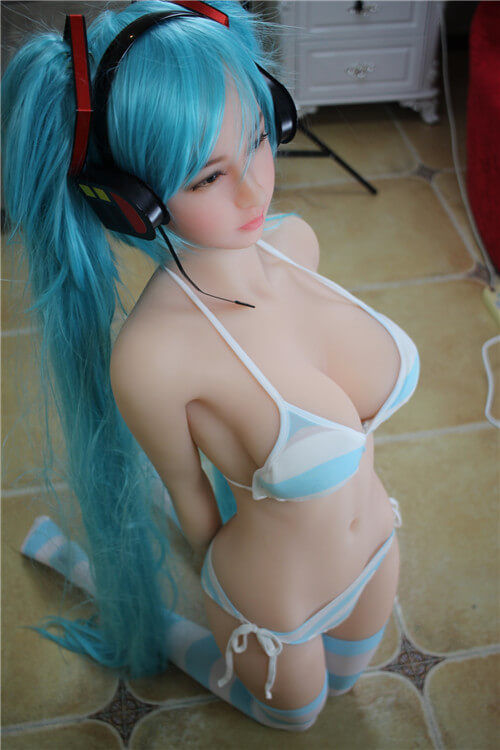 It’s the face of Hatsune Miku! It really is!

They have perfected all of the details with this Hatsune Miku love doll. Although I am a fan of big titties, they are not enough by themselves to convince me to buy a $1295 sex doll. However, the realistic face and attention to detail are what sealed the deal for me.

When I first heard of the Hatsune Miku sex doll I was a bit skeptical. I could not imagine a manga-style body and face matching well with a life size doll such as this. However, it seems that my worries were unjustified. The mixture of fantasy and realism comes together nicely in the Hatsune Miku sex doll. She has the appearance of Miku, together with the body of a real girl with a stunning figure. 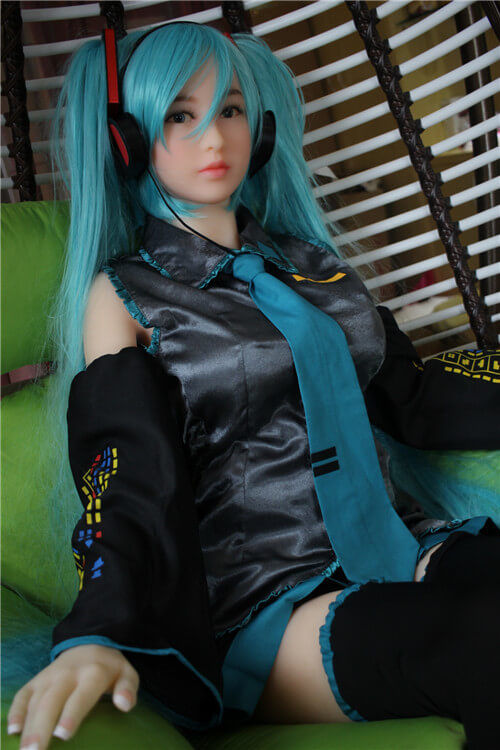 I think it’s time to wrap up this article on the Hatsune Miku life size doll. If you want a Hatsune Miku vagina all to yourself, then this is probably the best chance you will have. After all, it’s not like you will ever meet her on the street. I, for one, will be keeping my eyes open for the next Vocaloid sex doll to hit the shelves. Will it be Rin? Or mabe Ren? Only time will tell. In the meantime, I will be staying warm and fuzzy with my Hatsune Miku love doll, that’s for sure.

A quick note: if you buy the Miku sex doll for yourself, then message the Esdoll website after you place your order, saying that you want the Hatsune Miku Costume and Wig included. Otherwise you will be left with a bald Hatsune Miku, and who wants that?

Offered in the country of usage